Pottery is one of the oldest human technologies and also one of the earliest forms of art. The leap from utilitarian tools to decorative objects was a relatively short one, representative of the human quest for beauty.

A few weeks ago, we invited suggestions from our instagram viewers about what they would like to see on our blog. Overwhelmingly, we were asked about porcelain. Parrot & Lily is not just a furniture atelier, it is a place where people who seek beauty in life come together. It is a home for art, architecture, history, beauty and lifestyle.

In this spirit, we invite you to spend your Sunday perusing over porcelain with us. 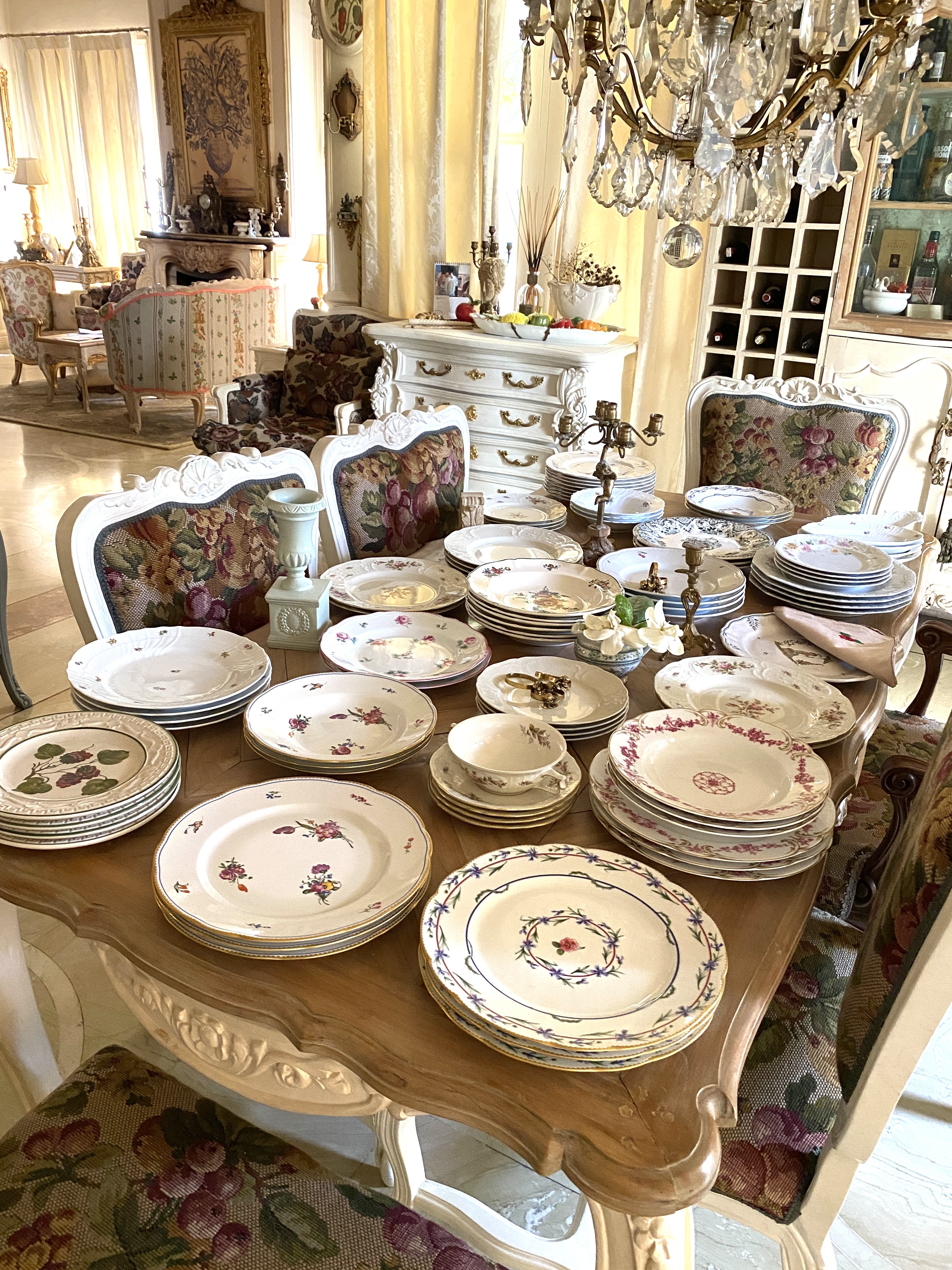 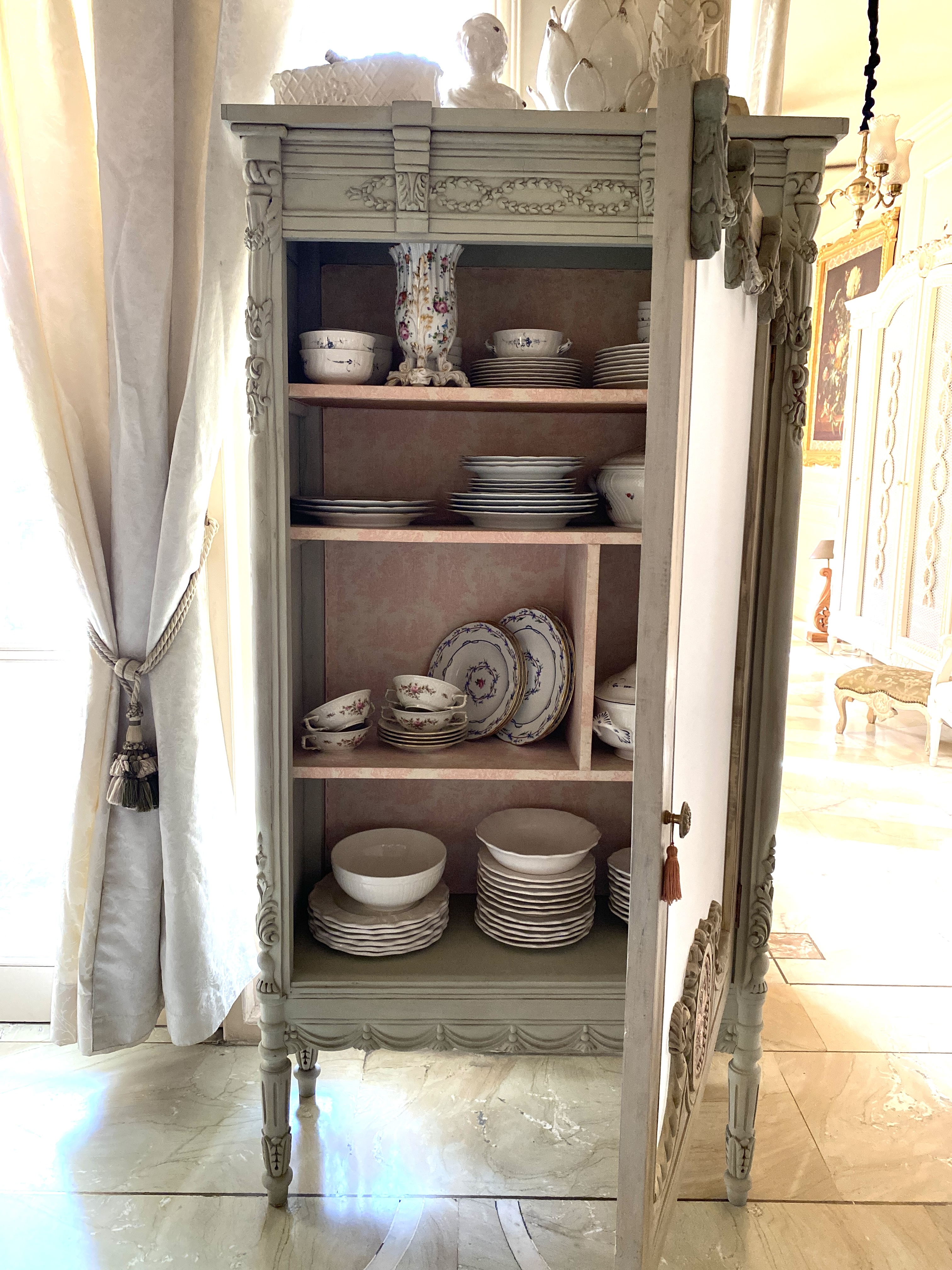 Porcelain is essentially a particular type of clay, varyingly composed of kaolin, quartz, feldspar and some other minerals.

The art of ceramics was mastered in China in the beginning of the first millennium, all though its origins can be traced back to 200 BC. By the decline of the Tang dynasty in the 10th century, Chinese porcelain was already a coveted export. Indeed, it is directly from this time that Chinese traditions of porcelain have survived. It is sometimes known as China, specially in the USA, after the country it came from.

The word porcelain comes from porcellana, referring to a shell, because of Marco Polo’s reference to a cowrie shell to describe what he had seen on his travels to China. It is no surprise then that porcelain made its way to the heart of the Rococo era. 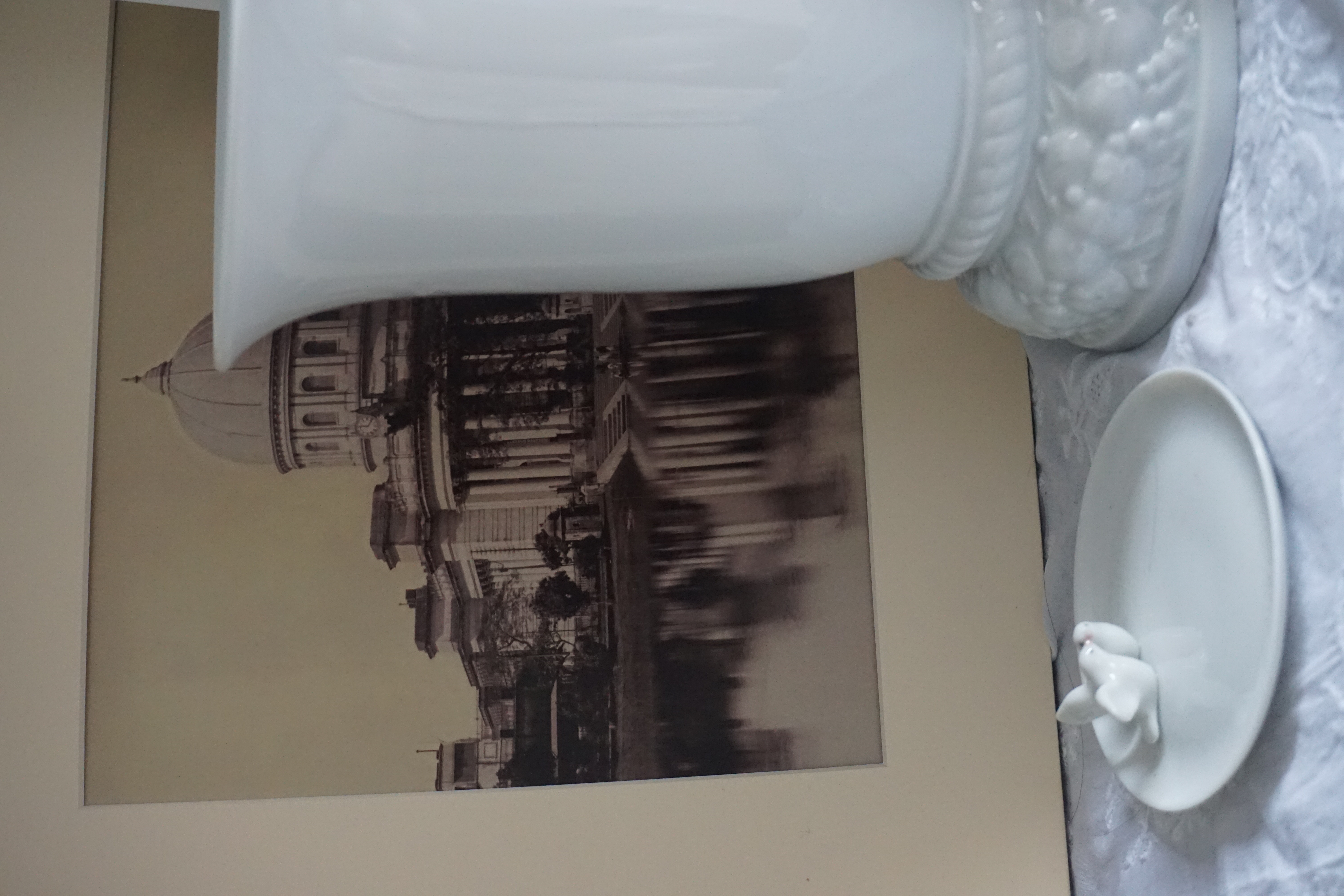 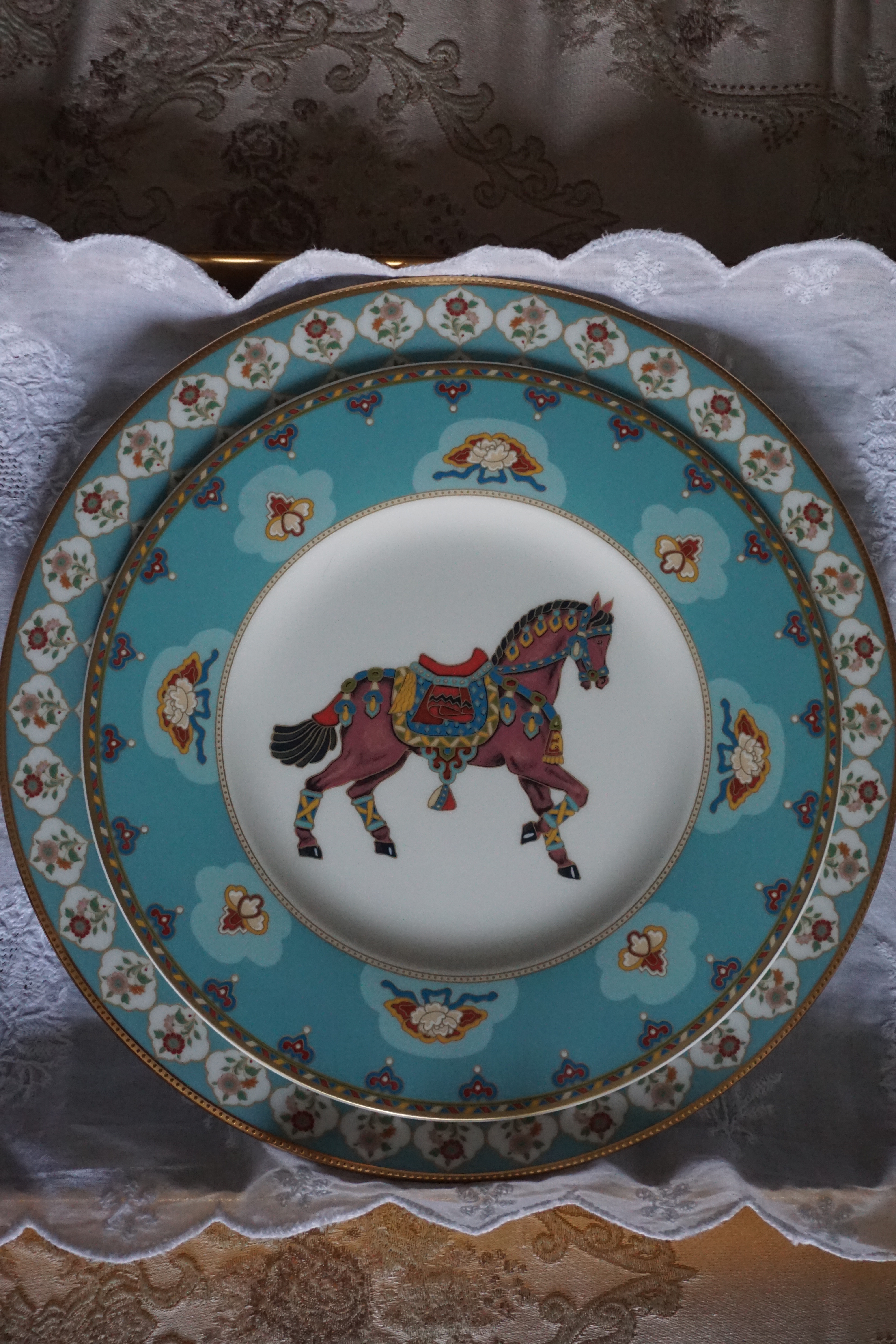 From the pure to the ornate.

Porcelain can be soft paste, which is fired at lower temperatures and is porous, or hard paste.

Bone china isa specific type of porcelain, and is actually an animal product. From from using by-products of the meat industry, the blind demand for bone China has meant that animals are now slaughtered for the sole purpose of overpriced dinnerware. The addition of animal bone results in a translucent quality.

Bone China can be problematic for those opposing cruelty and those with religious reservations against the use of certain animal bones alike. One prominent shift has been the switch from bone china to new fine china, which retains the same composition but replaces bone ash with jade or other phosphates, and calcium oxide, thus attaining the much coveted translucency.

The history of porcelain in European decorative arts

The mysteries of porcelain had long enchanted European travellers and traders. They tried and failed to replicate what they had seen in China. This quest was aided by discovery of kaolin in Europe, which was essential to the strength and luminosity of the porcelain of China. Competing traders and indeed monarchs continued to experiment with proportions and composition across Germany, France and England. Ceramics like Saint-Porchaire ware, which attempted to mimic porcelain, are now considered valuable in their own right. 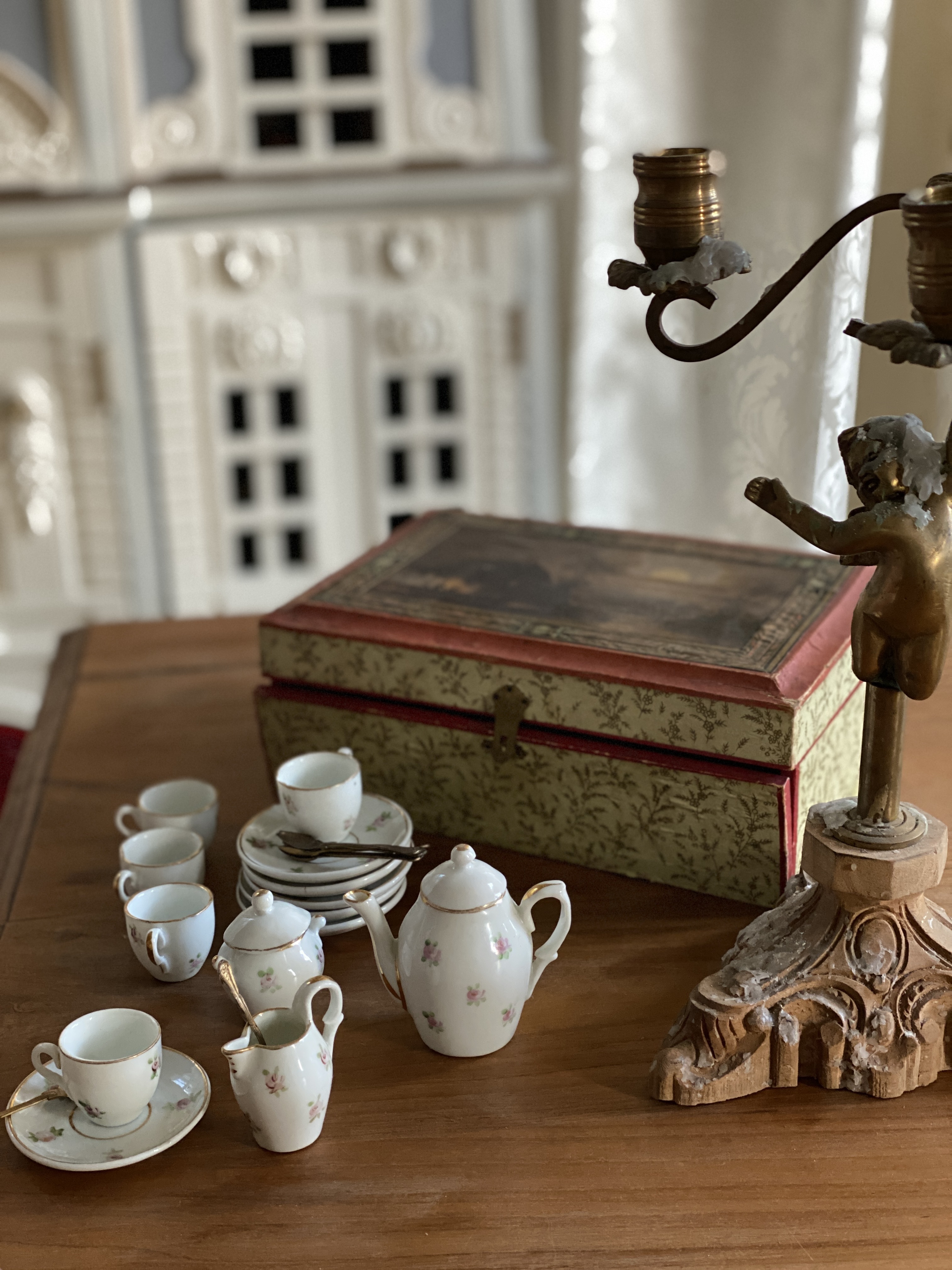 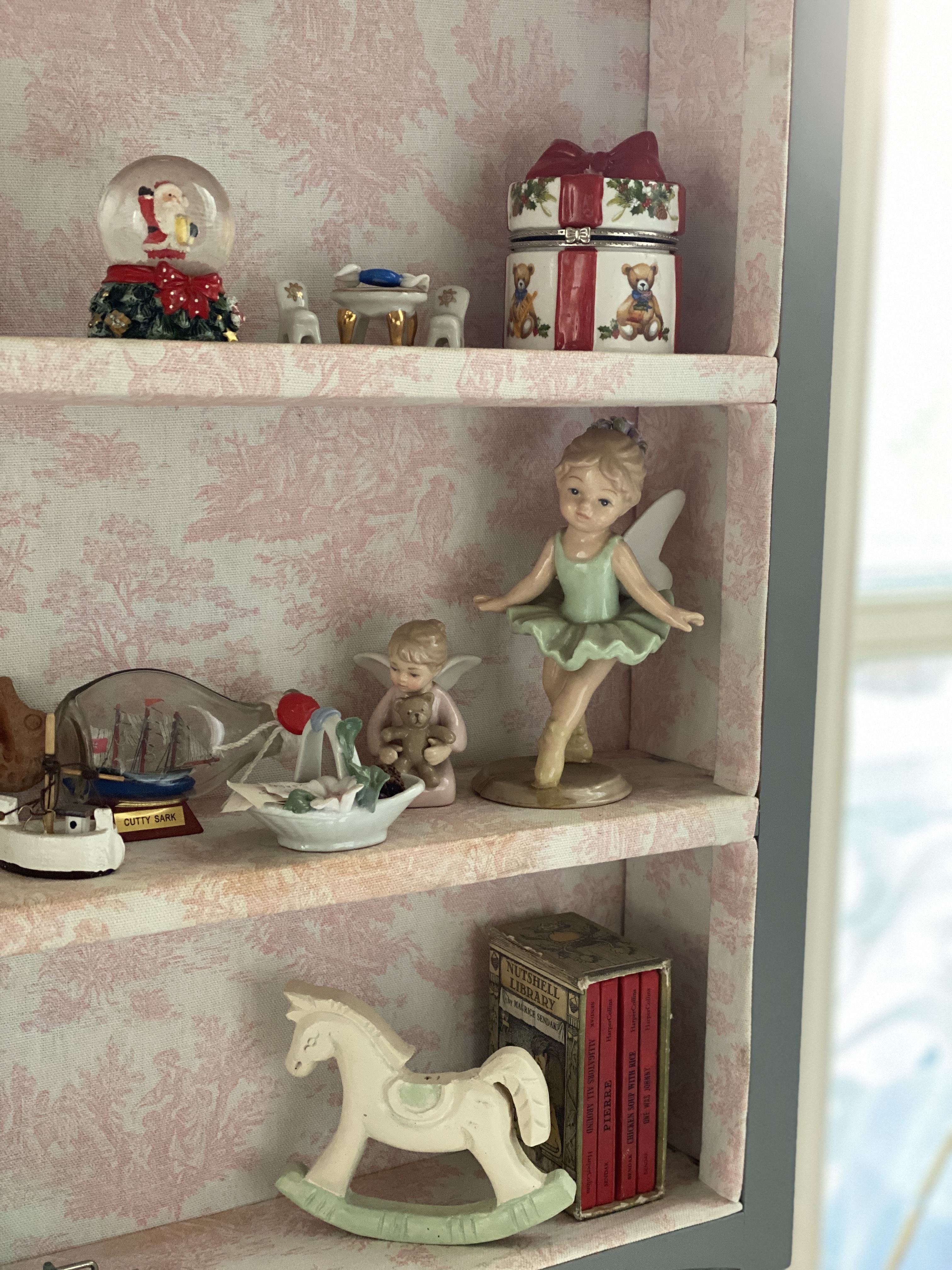 Once a grand mystery for the ages, now an unthinking part of our everyday.

In Germany, or Saxony at the time, the amusing escapades of the notorious alchemist Johann Friedrich Böttger eventually yielded results in Meißen, under the watchful eye of Augustus The Strong. Along with Ehrenfried Walter von Tschirnhaus, he is now credited (perhaps falsely) with the discovery of the formula for porcelain in Europe, also leaving us the chocolate-looking antiques that still evoke Böttger’s name.

In England, Josiah Spode refined the addition of animal ash, resulting in the soft paste bone China that we know today.

In France, where we draw our inspiration, King Louis XV was driven by jealousy of his German counterpart while his mistress Madame de Pompadour was the greatest patron of art of her age. The discovery of kaolin in Limoges, along with the abundant availability of forest wood to fire the kiln, made it a centre for French porcelain for years to come. Many of the original moulds from this time are carefully preserved at the manufacture nationale de Sèvres and many of the 18th century designs can still be purchased in Limoges, still almost entirely handmade. 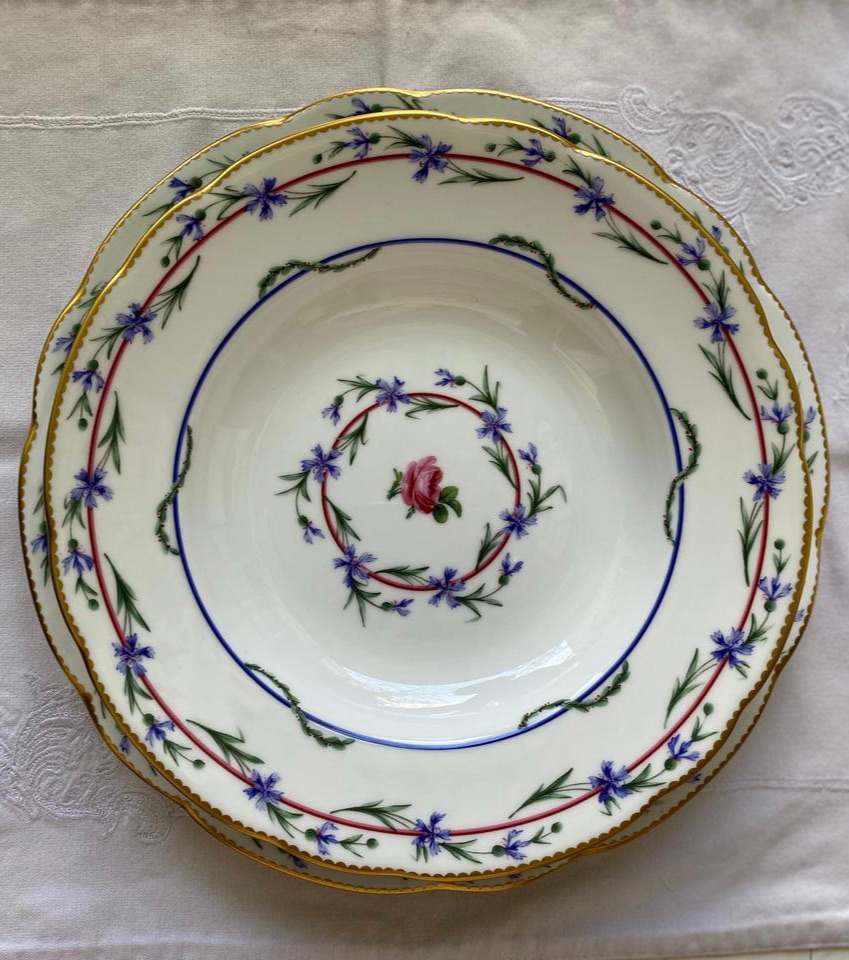 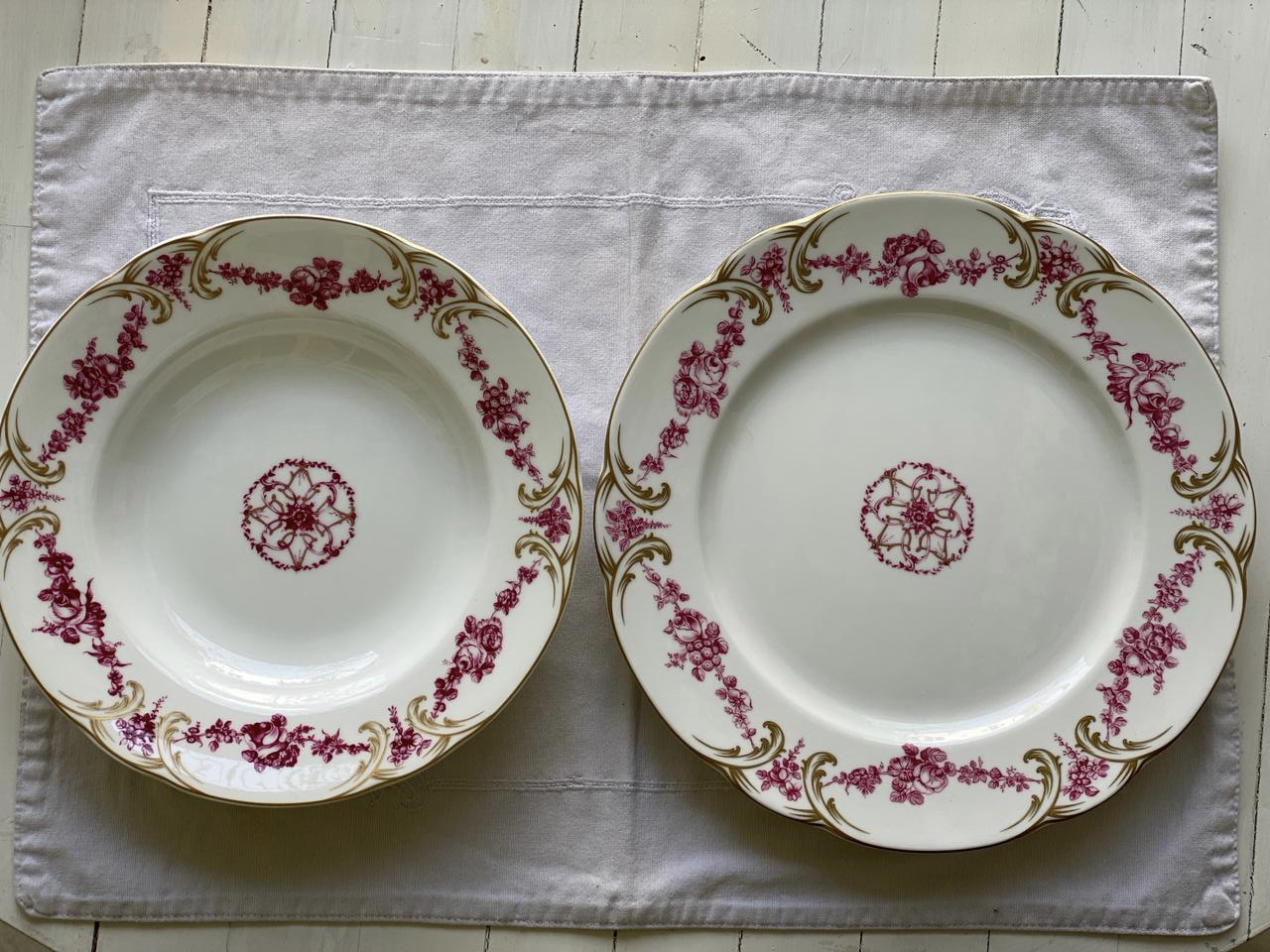 Le Goblet du Roy and Louis XV, both by the Ancienne Manufacture Royale de Limoges, part of the Bernardaud group today. These historic designs are produced to this day just as they would have been in the XVIII century.
The garlands and volutes are iconised in the style of Louis XV with an interlocking L motif in the centre.

Porcelain began to be used in amusing ways by those who could afford it. Specialised pieces like potpourri pots, salt pigs, ingenious clocks, medallions, toiletries and much more are highly valued antiques today. Porcelain also replaced sugar as the medium for elaborate centrepieces, the highest examples of which can be seen in historic palaces across Europe today.

Advances were also made in the quality of porcelain figurines as well as designs. The more elaborate Sèvres pieces needed 7 rounds of firing, resulting in astronomical prices.

As all decorative arts invariable converge in the quest for the ideal, porcelain plaques began to be incorporated in pieces of furniture. The cabinet-maker Carlin was renowned for this.

The place of porcelain in modern life

The topic of porcelain raises the question of what we value. It is the skill and mastery that is passed down from master to apprentice over a lifetime, the beauty of continuity in human history, the human touch in a handmade object, the fragility of everything we hold meaningful. 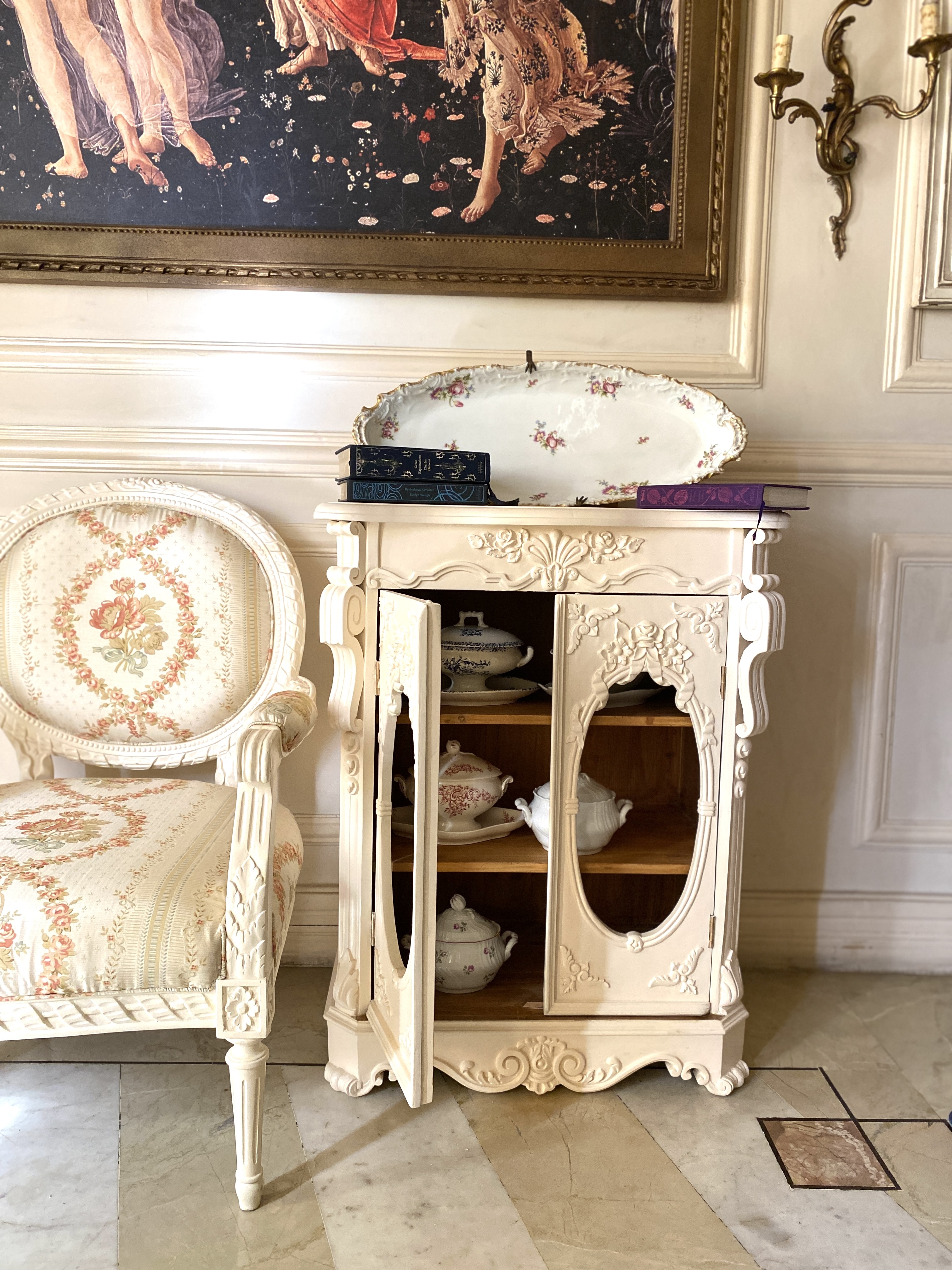 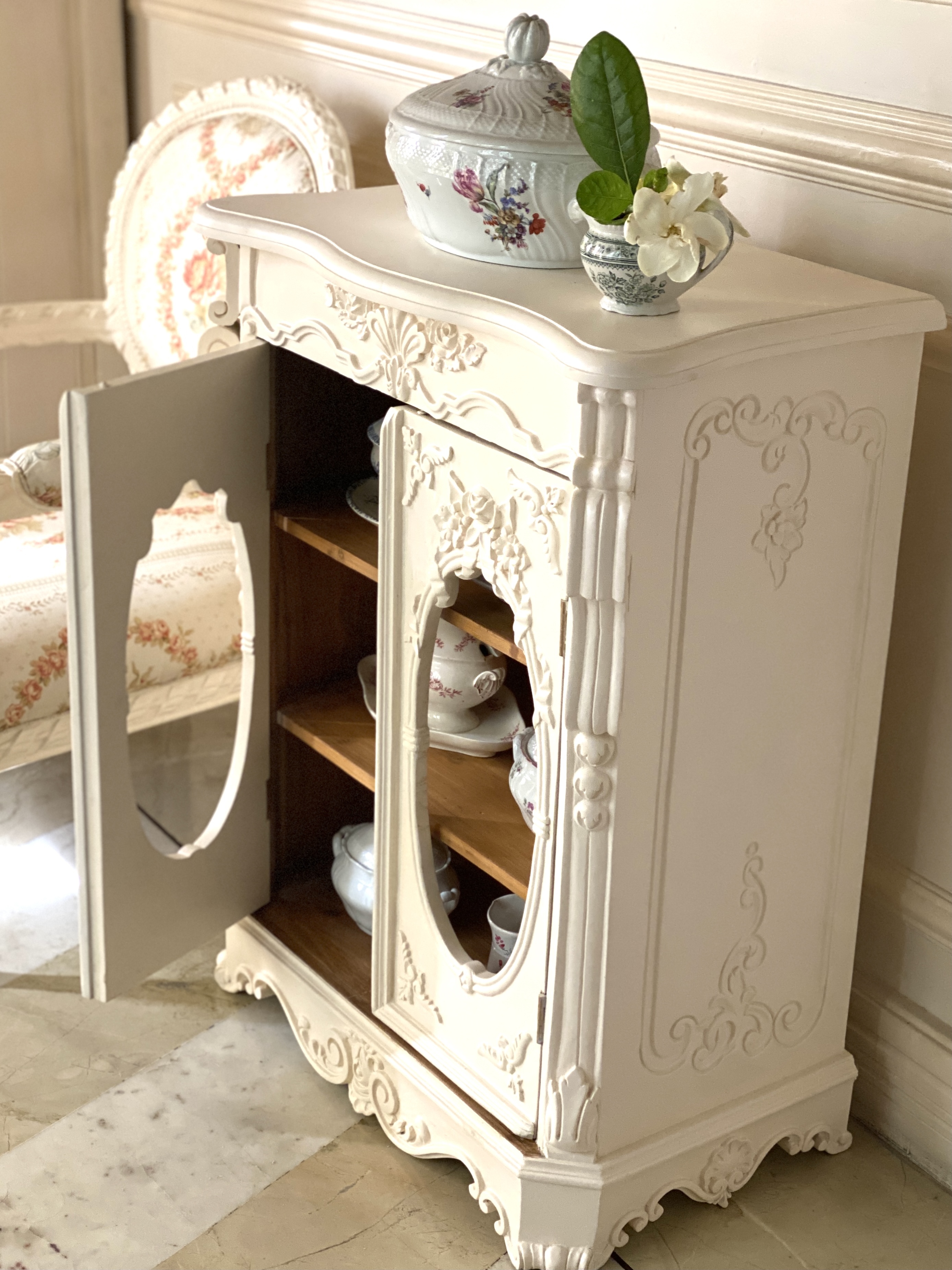 Our latest rococo revival porcelain commode with Louis XV details on the side. Decor is best conducted when an idea permeates every aspect of the decor. From the furniture to the upholstery to the porcelain, everything tells an exuberant story of exquisite taste.

Beautiful objects lend their beauty to the soul. To truly enjoy the value of your porcelain, let it become an effortless part of your everyday life. Any passionate collector knows how irreplaceable any object of affection is, but we would only be appreciating it partially if we did not embrace its transience. 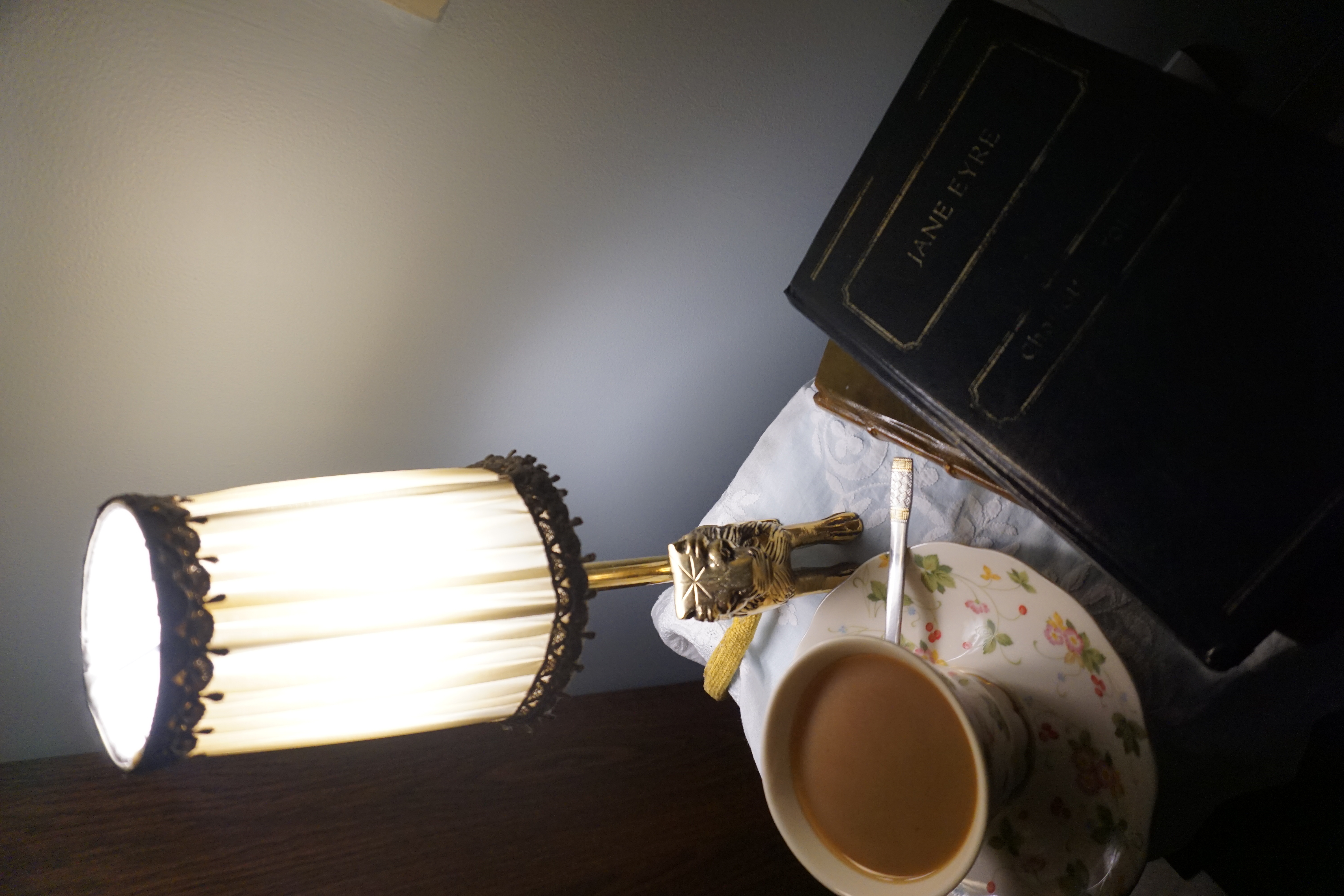 And we leave you with this thought.
We hope you enjoyed your Sunday with us. Do share your feedback in the comments.